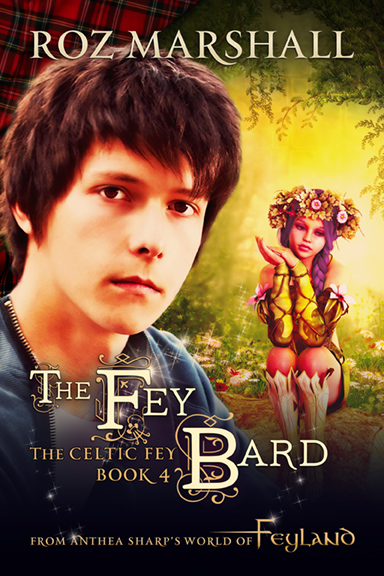 A magical song, a mysterious singer
To be sure of his place at the Highland Music School, Andy Morris—wannabe musician from the wrong side of town—needs a song. But not just any song, THE song that will leave the tutors with their kilts in a commotion.

Unfortunately, standout songs are in short supply. Until he's playing the virtual reality game, Feyland, and hears a fey bard play a haunting tune. It's the song he needs, if he can just track down the singer.

But finding the singer—and her song—isn't as easy as just walking up and asking her. When she disappears—as if by magic—and then appears on the streets of his hometown of Perth in Scotland, Andy's quest to track down the mysterious musician has only just begun…

It was only once his thoughts had come full circle that the environment around him began to intrude on Andy’s consciousness. What is that noise? It almost sounded like a machine of some sort.

Frowning, Andy scrutinised his surroundings again. But there was nothing—and nobody—here. Just lots of water, green plants, and—

The hairs on the back of Andy’s neck stood up.

—and some unearthly hounds. A chorus of barks and bays wafted towards him, the noise faint, but somewhere ahead of him in the forest. And getting closer. That doesn’t sound good.

Desperately, Andy scanned the clearing once more, but this time in search of somewhere to hide, because the braying of those hellhounds was making his skin crawl and his heart race.

He eyed up the trees round about. Could I climb and hide in a tree? He shook his head. But they’d smell me. And then he’d be trapped. Underwater? His pulse was hammering now. Can’t hold my breath that long.

The noise of the creatures—whoever they were—following the hounds was obvious now, not just the baying of their hounds. Crashing branches and the thunder of heavy hooves on peaty ground heralded their approach.

The mushroom ring. It was his only chance of escape. Too far away, they’ll probably catch me, but I have to try…

A piercing whistle stopped Andy in his tracks. Across the clearing, perched on the cliff alongside the waterfall was the strangest being he’d ever seen. Half man, half goat, the hairy creature was beckoning wildly at him. “Quickly. Over here!” he cried in a high-pitched voice.

Caught between the devil and the deep blue sea—almost literally—Andy made a split-second decision, and sprinted for the waterfall… 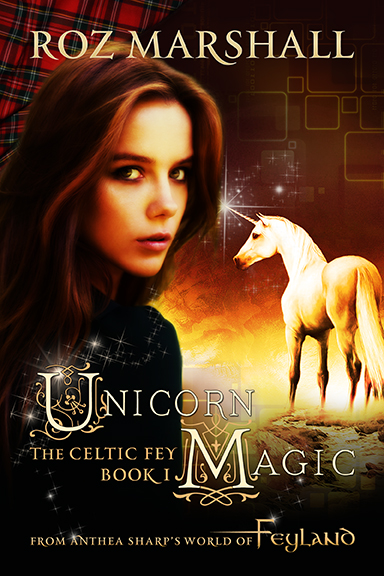 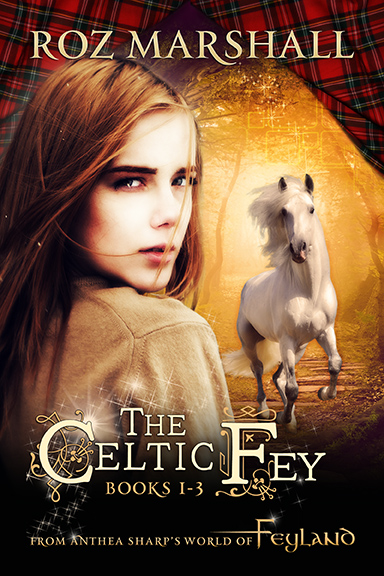